Road to the GRAMMYs 241:Billboard Magazine 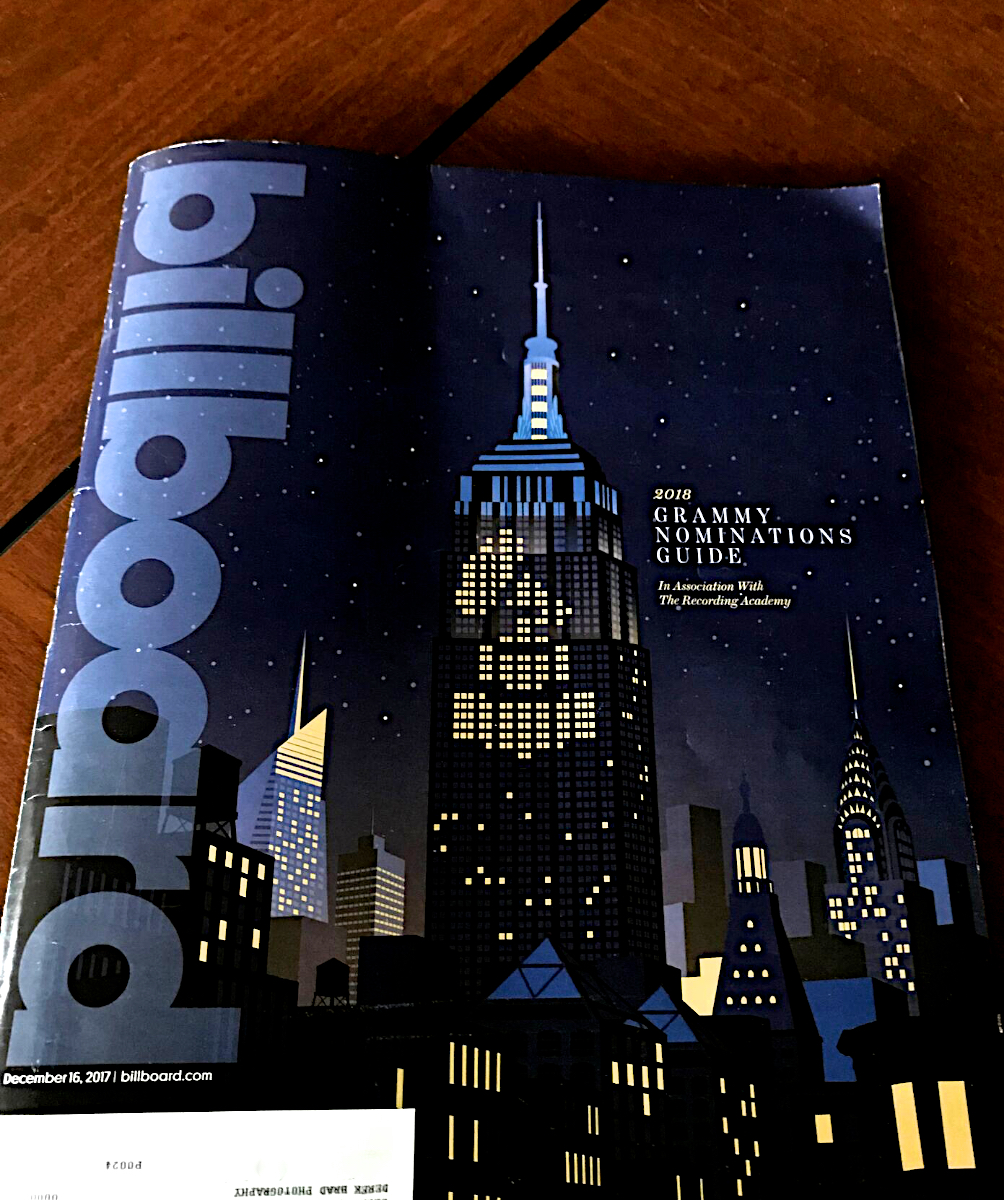 My journey to getting to photograph the GRAMMY awards means this year I've been consuming everything Grammys that I can.  Yesterday in the mail I received the Billboard Magazine Grammy Nominations issue.  I spent all morning viewing this magazine.  It's been awhile since I held a magazine issue that is larger in size than the normal print.  I still love print the most even though it is fading away.  I wish Rolling Stone would go back to a larger size print.  It's a beautiful magazine for photographs to stand out.  I never really considered getting published in billboard but after my first flip through I would love to have some images here.

The cover is awesome.  Most of inside is record companies advertising their artist up for awards.  In the issue, I get to read to many of the artist and music I've been listening to on Amazon Music.   The magazine is a quick read that gives me a short background on the major categories.  If you're interested in the GRAMMY Awards give it a quick flip through.

Read my original Road to the GRAMMYs concept post