Road to the GRAMMYs 231: Switchfoot

Grammy winners with 2 nominations.  I photographed Switchfoot three times.  Twice in 2009 and the most memorable in 2014 at Winter Jam.  For years I really wanted to photograph a concert during a snowfall.  I really thought I had to plan a trip to Denver.  I met up with the band off the bus.  They were saying it was really cold since they just got off the plane from California.  Two of them said, "We were just surfing!"  The forecast prediction stated it would be really cold.  No mention of snow.  But, Right before Switchfoot takes the stage a blizzard comes to Philly.

I sent this photo (below) that Scott Cumpstone took of me to my mom.  Letting her know how I had a great time and her response was "Where is your hat?"

Switchfoot: A Night With 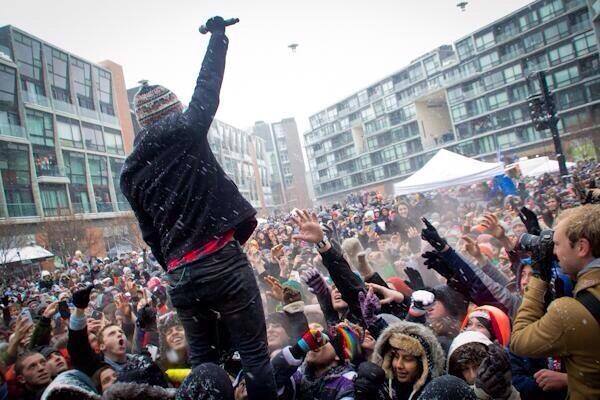